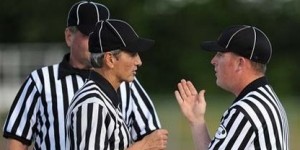 It had always been a sticking point in my life. I had always wondered what it would feel like to just be able to walk up and talk to anyone. My particular sticking point had always been the beautiful girls. Even the thought of talking to them made my pulse increase. How would they react? I didn’t want to be seen as that guy who just hit on girls to get laid. Deep in my heart I knew that I needed to conquer this fear.

Later last year I had a great desire to change this part of my life. Desire was not enough. I needed some extra motivation. I enlisted my friend Mike to help. My plan was to create a token, something physical, as a representation of my desire to do this. Something that would be valuable to me. Enough that it would hurt if I didn’t go through with this. So I gave Mike $100 cash and told him that I get this money back $5 for every approach I do.

The fact that I gave him the money when I didn’t have to drove me to feel like I really screwed up if I didn’t complete my mission. I mean, $100 dollars is not the end of the world. It is the fact that I didn’t have to do it that would make it hurt. It was a token that no matter how bad my fear got, I wanted this more than I wanted the $100. It allowed me to focus on the objective rather than the fear.

I felt that I had plenty of time to complete my goal. In the first couple of weeks I managed to get $15 of it back. Even scored a date with a girl I approached at Barnes and Noble. It was near Christmas so I took break after I got these first three. The problem is that I didn’t come back and do any more approaches.

Then sometime in May it hit me that I had not completed my goal. Time was short because I was getting a job outside of Albuquerque. I decided to not only finished up the remaining approaches to get that money back, but also do the entire set again since it had been so long.

So I set out to do my twenty approaches. Let me give you an idea about how I did these approaches. First, I made sure to only approach women that I had a genuine attraction with. There was no scapegoating by approaching women I didn’t care about. Second, I made sure that I showed that attraction to them. So no approaching just to ask the time. And last of all I made sure to approach women that didn’t have to talk to me. If we had a conversation then it was a choice that both of us made.

One thought on “Twenty Approaches in Fifteen Days [The Rules]”