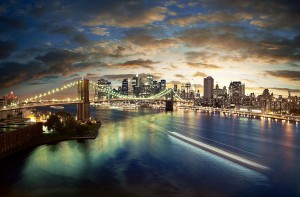 It seems like I’ve been on the move for the last few years. I spend a year and a half in Albuquerque then another nine months in Winston-Salem. My time at both places taught me a lot about how different people live all over the country and really opened my eyes to how cool of a place we actually live! The experience that I lacked was really living in a big city. My next stop, New York City, would change that.

Why would I want to move to such a city? I am simply a midwestern boy that even thought Kansas City was a pretty scary place. I believe that I have something to prove to myself. I want to know that I can cut it with the big boys in the big city. This is my new challenge to conquer.

I landed my new job and had about a week to make the transition from Winston-Salem to New York City. Most of the advice that I received was much the same;  everything is really expensive and forget about taking your car. Both seemed true as I spend more than my car is worth just to move in!

Even the process of finding a place was pretty difficult. I resorted to coming up and looking on foot. This is the kind of place where you need cash on the barrelhead because places are up one day and gone the next.

I was lucky and it takes some luck to find a place here. I spent the day looking at apartments and each one of them had something wrong. It would be in the wrong part of town or the building was falling apart or my favorite, it reeked of urine. I was standing outside of the building as the snow began to fall and I knew that I had found the place for me. The building had a neat, old rustic look and it was in a great part of town. Once I saw the place, I knew it was the right fit for me.

The next day I had keys in my hands and unloaded my stuff from my car. I’m super thankful that I was able to get a decent parking spot next to my apartment for the day to unload! After my car was unloaded it was time to take my car home. That was the easy part because I knew where I was going.

Looking back it amazed me how uncomfortable I was not having a place to land. It really disturbed me to come up and search blind. It really was an experience of its own because I had to trust that there was some place here for me.

8 thoughts on “Big Move to the Big Apple”