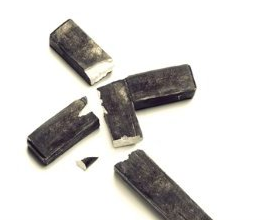 I can’t believe April is already over. Where did my month go? I’m sitting down to finally write out this article that has been in the works all month. It seems that I have so much to say yet so little thought out. I debated if I would even write this article or pick something else more fluffy and light hearted. It would, however, not be what I wrote about in my about page.

Thinking back just where things changed for me is difficult. It wasn’t one event or person that changed my mind. It was a collection of things that led me to start exploring what I believed was true. I know what I wanted. I wanted to be proud of who I am and believe the best in people. My viewpoint just didn’t allow for either of these things and once I saw the problem, I knew I had to figure out if what I believed was true.

By now you’re probably wondering what I’m talking about. I am talking about my beliefs have changed. I’m not a Christian anymore. It is hard for even me to believe. I guess it all started with little holes in viewpoint that I could easily make excuses to fill. Then the hole got a little bigger and the excuses got bigger. At one point I just stopped making excuses and opened the holes to see what was on the other side.

I spent time reading the arguments for Christ like “The Case for Christ” by Lee Strobel. Then I moved on to “Some Mistakes of Moses” by Robert Ingersol. Much of the arguments I  saw in “The Case for Christ” were somewhat familiar to me already as many people in the church had already shared them with me. The arguments in “Some Mistakes of Moses” were completely new and my jaw dropped after reading that book. Its hard to believe that a book from the nineteenth century had so many good arguments that I had never even thought of before.

After spending most of the month digging through arguments for both sides I can pretty much as that it is possible to rationalize both sides. It really comes down to what you want to believe. Both sides have holes. I spent a few hours on the phone with one of my good friends arguing about those hole and he has some really good putty to fill the holes in the case for Christianity.

One thing I must mention before I close this article is the impact that Christianity made on my life. Before I was a Christian, I was a passive observer to life. Things happened to me and I did not believe I had any control over them. I believed the world was out to get me and that my life was a reflection of luck. Now I view life as a result of the decisions that I made and know that I can change my life by changing the decisions I make. Christianity made me see that my life does matter and that I can change the world through my action. I am thankful for that change but, it does not make the Bible true.

I would encourage anyone to spend time really looking at the things they believe. Read both sides and learn as much as you can. The time investment is well worth it and you never know what you will find.