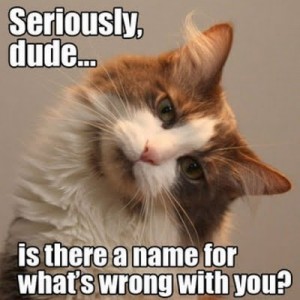 What's wrong with you?

My transformation from the fighter I was back in grade school to the more laid back guy I was in junior high and high school was pretty remarkable. It left some of the people around me wondering what happened. Let me explain…

In sixth grade I was in trouble all the time. This may be one of the reasons why Erik and I were good friends. He would be sitting in the principle’s office right next to me nearly every single day. If you could think of anything bad to do at school, I probably did it. I would curse at teachers if they didn’t let me do what I wanted. In general, I had a hard time sitting still in class. I wanted to move around and be outside. At one point the teachers suggested that I needed to put on medication for ADHD. Thankfully my mom would have none of that.

One day my entrepreneurial spirit took over and I thought it would be a good idea to start selling a stash of Playboy magazines. When we moved into the house I was living at, my brother and I found the magazines in the basement. It seemed that the old owner of the house had forgotten them. I can still remember filling out a form at school whenever I got caught doing something wrong. It was made up of three questions: What did you do wrong? Why did you do it? What are you going to do to keep it from happening again?

After filling this sheet out many times, it became a game to come up with answers that would catch the principle off guard. She was an ex-nun so she could be offended pretty easily. I remember filling out answers like “I got caught” or “I was born”. The truth is, I didn’t really think I’d ever done anything wrong. I was just being who I was. In fact I didn’t care what people thought about who I was. There was no shame at all. I hadn’t yet learned that there was something wrong with me. That changed one day.

My parents used to fight a lot. I witnessed a lot of name calling and yelling. My dad saved up money for a long time in hopes of one day running his own small business. We used to sit in the basement and talk about all the cool business ideas my dad had and how we would implement them. Those were the best talks. Just me and my brother and my dad talking all night. I would always try to find a way to involve a laser in any business idea. Lasers were my thing back in those days. My dad got all these cool magazines like Edmond Scientific. Between building a laser and a go-cart my thoughts were completely occupied.

Then the day came when my mom lost her job at the Truman Medical Center. She saw an opportunity to create a business of her own. She wanted to manage laboratories on a contract basis. Since that was what she did in her old job it seemed reasonable. Laboratory Management Services (LMS) was created.

My dad had a steady job at AT&T. He most certainly couldn’t leave when my mom was out of the job. Although he had a dream to start his own company, he had to put it to the side for my mom. This was the cause for most of the tension between my parents. He wanted to live vicariously though my mom’s business. My mom saw this as trying to control her company. He would yell at her for not running her business correctly. He felt like he had sacrificed so much for that business, yet she had wasted it.

My mom didn’t take getting yelled out for very long. Their divorce left me and Chris wondering what would happen. How would our lives change? Up until this point in my life my mom was my protector. When my dad would get mad at me she would step in and protect me. This is one of the things that changed. Since my dad and my mom never saw or talked to each other after their divorce my brother stepped into that role.

I think that after my parents gave up on each other, my brother and I made an unspoken vow. Even though our parents left us, we would not leave each other. It really became us versus the world.

Chris and I switched places afterwards. He became the trouble maker and I became the laid-back easy going one. Chris did well at school and never got in trouble. I walked home with pink slips every single day. We only celebrated my staying out of trouble like a victory. If I made it a week without getting a single pink slip then we would go play video games at the arcade on Friday night. I think Chris learned that no matter how good he was, he wouldn’t get rewarded for it. It was simply expected of him.

I learned to push my anger and fear inside instead. In my own mind I was convinced that my parent’s divorce was all my fault. I didn’t know enough about the world and relationships to understand any different. I was sure it was because I didn’t care what my parents (or anyone else) thought. In my eyes they had made it just fine before I brought all this trouble to them. I finally started to believe all those people in my life that had asked “What’s wrong with you?” I began to believe they were right. I was broken; defective.

Since I was defective in my own eyes I started to hide my feelings and thoughts. From all my parents arguing I learned that it was not okay to fail. You would be better off not trying than trying and failing. It would simply show to the world how defective I really was. The hurt I saw in my parents led me to believe that if you don’t really put your heart out there then you won’t get hurt, which is just another form of failure. So, I learned not to put my heart out there, to just not care about anyone. I even rationalized it, convincing myself that it was wrong to care about others. I justified that thought by calling myself nosy if I did care. Deep down I did care. I just had to hide it, because it was my weakness.