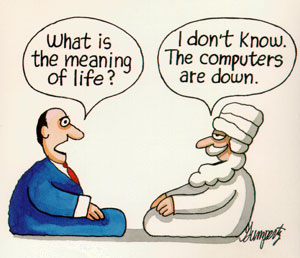 After discovering God, I found that my life had purpose and meaning. I wasn’t some random person that just happened to be here, that my only job was to not be a burden to others. I was here for a purpose and that purpose was to change the world. God challenged me to grow because He was sculpting me into the man I needed to be. God placed me here for a purpose and in order to fulfill that purpose, I needed those skills. One of the first things God challenged me to do was to go to church.

I remember after discovering God that I wanted to know more about Him. So I used to watch the Sunday morning lineup. Charles Stanley and John Hagee were two pastors I used to watch every Sunday. There was so much for me to learn that everything sank in. I did not come with any expectation of answers. I was reading the Bible and those pastors provided different ways to look at the word.

God placed it on my heart that I should join the small church down the street from me. It was called Great Plains Community Church. They used to meet at the elementary school just a block from the house. I needed to explain to God that I wasn’t the most social person and to just walk into a church randomly one day is not something that I could do. After weeks of fighting and justifying to myself that watching the TV pastors was just as good, I finally decided to try things God’s way.

Leaving the house on Sunday morning was even a challenge. The morning came that I decided to go to church and my mom was upstairs. I tried to walk out like nothing was different but she asked me where I was going. I did not lie. I told her that I was going to church. Then she wanted to know which church. I told her the one down the street. The conversation was awkward and neither one of us knew exactly how to handle it. She walked away with a puzzled look on her face and simply said “Okay”.

I decided to walk down the street rather than drive. It would give me time to clear my head and get ready for the whole experience. Looking back it was not a big deal but, when it is all new, it’s a big deal. I walked up to the front of the school and there were friendly faces at the door to greet me. I walked through the doors they had opened for me and I was sucked into their world.

Once I entered the foyer I saw a lady standing next to the gymnasium door with a bunch of fliers in her hand. As I approached her she smiled and offered me one of the fliers. I entered the gym and saw a bunch of seats facing the a makeshift stage that was setup. There were two large screens with projectors setup on the side of the stage. I noticed that the seats were more crowded at the back so I made my way to the left side of the stage near the front. Since I was a few minutes early, I watched the announcements before the service started.

A few moments later the band members went up on the stage and got ready to play. The band leader asked everyone to stand up and sing with him. I stood up and that school gym filled with music. Everyone was singing their hearts out and worshiping the Lord. I saw people with their hands raised and people who left their seats just to get down on their knees to worship. I was stunned. I saw their love for God and it really humbled me.

When I went to that church all I could think about was fear. The fear of rejection. The fear of the unknown. As adults we are supposed to have it all figured out. We should know what to expect and how to react. A kid walking into that same circumstance would have been filled with curiosity and wonder. Kids know they don’t have it all figured out. They have no expectation.

It wasn’t until I was in that church that I realized that I had no idea what was going on and what to expect next. Once I let that expectation go, I allowed myself to be filled with curiosity and wonder.